Around 190 BC, to commemorate the victory of the naval battle in Cyprus,
The sculptor of Rhode Island created this statue of Victory and erected it on the island, hence the name “The Victory of Samothrace”. Although the statue of the Goddess of Victory we see now has its head and hands mutilated, from the well-preserved torso, we can still feel the heroic and elegant aura of the goddess. The two spread wings and light flying dress make people feel that the goddess is flying in the air, with a strong sense of movement. The plump body reveals strength and health under the thin shirt, expressing victory and the joy that comes with it. It is now kept in the Louvre, France. The Louvre in Paris called it the “Three Treasures” of the Louvre along with the sculpture “Venus” by Milos and the famous painting “Mona Lisa” by Leonardo.

Nike, the goddess of victory in ancient Greek mythology, is in charge of victory, good luck, and success. In a sense, she is also a goddess of destiny. In Western art, it often appears as a young woman with wings, olive branches, laurel branches, etc., holding a harp and singing hymns. 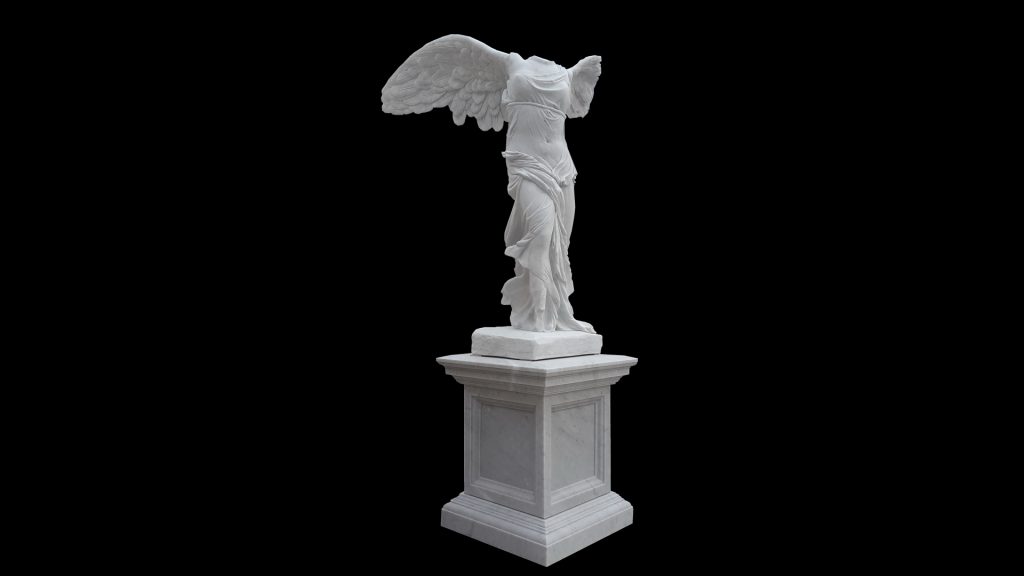 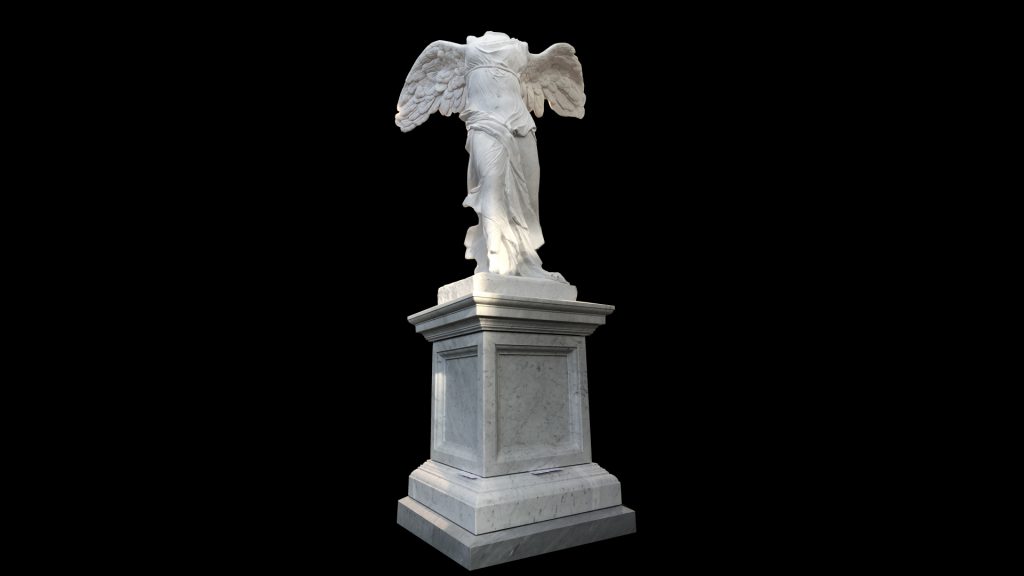 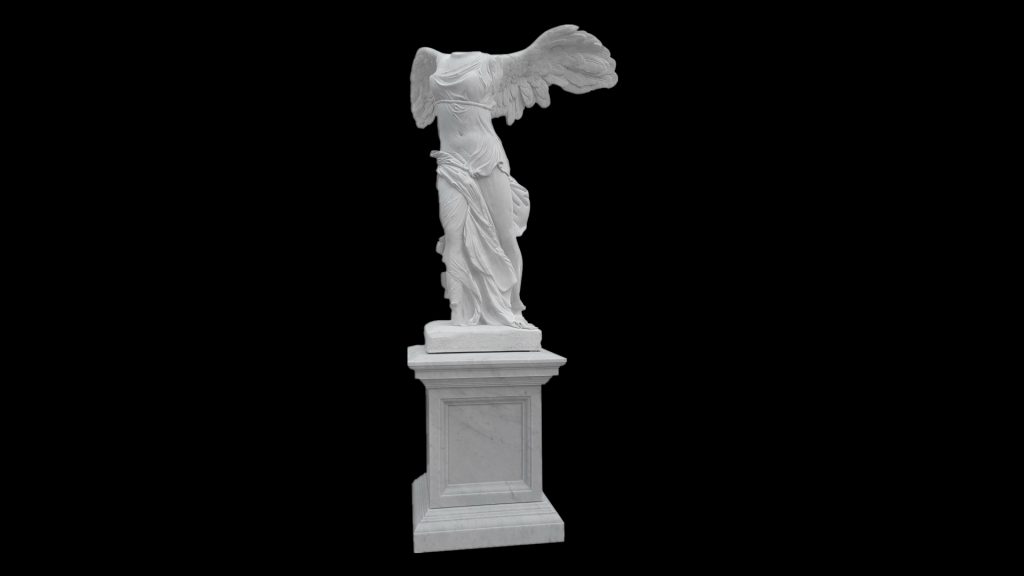